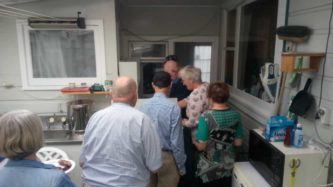 It is usual at this time to review our year. As ever we began with our summer BBQ at the end of January. The usual excellent occasion and thanks to Derek for making his premises available. It is an excellent facility. Our first tasting was the Rosė tasting presented by Will Brunel-Morven from Maison Vauron. Rosės are becoming increasingly popular, particularly as a summer wine.March was the time for Ata Rangi and was followed in April by our Quiz Night. An enjoyable and fun occasion. As usual, May was AGM time, June highlighted Giesen’s Wines and July was dinner at Bistro 52. August had us enjoying Seifried’s offerings and then in September the interesting and unique Aged Wines tasting. October was Stonecroft and last month was the festive tasting of Spanish wines. A great programme which will be nicely rounded off by our December Dinner.

It is interesting to note that EuroVintage had great orders from the Spanish tasting, and were blown away by the response. Well done everyone.

Good grief, where is the year going? Much to look forward to however with Stonecroft next week and the November Festive tasting which will have Spanish wines as a theme. The December dinner venue is sorted and we will be going to the Cashmere Lounge in Khandallah. It is only yards away from the Khandallah train station if anyone is travelling from town.

Now much has been written and said about the benefits, or lack thereof, in a regular glass of wine. While waiting for Winston to make up his mind you might need two a night. At long last however Wayne has found an oracle who deserves some attention. He reckons that a bottle a day does you no harm and indeed is probably good for you. Unsurprisingly not all the experts agree.

Stonecroft is a small, family owned winery making organic Gimblett Gravels wines in Hawke’s Bay, New Zealand. The owners are Dermot McCollum and Andria Monin, who live on the Roy’s Hill vineyard with their two children Emer and Oscar, plus Jasper the cat and Stanley the chocolate lab.

At Stonecroft, they seek to express through their wines the unique character of their vineyards and each vintage. The intention is to make wines which are intense, full-bodied, elegant and fruit-driven, but capable of significant bottle development. The ability of the wines to improve in the bottle has been demonstrated over more than 20 years, with many of the early examples still drinking well. Their total production is very small; with around 3,500 cases produced annually. Both the vineyards and the winery are certified organic.

Andria will be presenting on the night.  A tasting not to be missed.  More next month.

Seeing out the year

Things are getting back to normal and it seems like we were never away. Although numbers were down due to the inclement weather last month’s Seifried tasting was a most enjoyable event. Seeing out the year we have the “Aging of Wines” tasting, Stonecroft from Hawkes Bay, a November Festive theme concentrating on Spanish wines and the Christmas Dinner. A great finish to the year, but surely it is not September already!!

It is interesting to note that since September last year, and up to our October tasting next month, we will have had five wineries featured, the other meetings being dinners, a quiz night, AGM, and supplier presenters. Of those five three will have been supported by women presenters. Jane Hunter, Anna Seifried and in October Andria Monin from Stonecroft.

What an opportune time to highlight women in wine in New Zealand. The “In the News” section this month features a media release from New Zealand Winegrowers about the launch of a new group “Women in Wine NZ”. Women are having an increasingly significant role in the New Zealand wine industry, to the great benefit of consumers and the country alike. 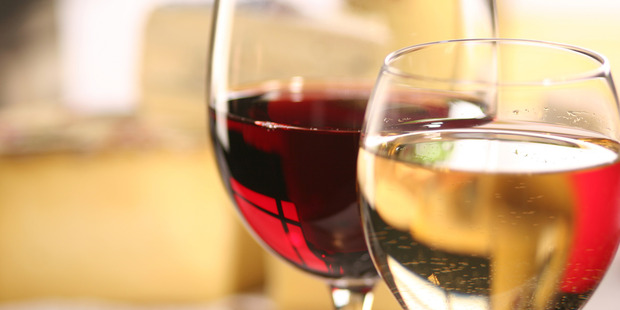 Wine experts have settled on a list of close to 50 wines, some costing more than $100 a bottle, for Air New Zealand to select from for its business class passengers.

Six of the nation’s leading independent wine experts have selected “The Fine Wines of New Zealand” – to serve in planes from September.

One of the key criteria was consistency, with a wine having had to have been produced to an ”exceptional standard” for a minimum of five consecutive years.

It spends about $6 million a year on wine for passengers throughout aircraft.

“We believe we can help further build awareness and appreciation of these world class wines with international travellers and propel leading New Zealand wineries to even greater commercial success,” Parton said.

The wines would be promoted through its inflight entertainment system, at offshore events and using contacts internationally to help open up key export markets for the wineries should they need this support.

The airline’s specialist inflight wine consultants, who are based in New Zealand, China and the United States, will select wines from the list for serving in business premier cabins. Not all on the list of 47 would make it on board as some do not react well to high altitudes or are available in sufficient quantities.

Parton said it was important that the wines were selected independently of its existing wine programme.

”We look forward to working closely with the wine masters in the coming years to compile this list annually.”

In 2014 Air New Zealand moved to a three-year deal with a single supplier, Villa Maria, in its economy section which upset some in the wine industry, but which the airline said had been part of simplifying the supply chain.

Dr. Gerald Atkinson has written an interesting piece on the origins of Syrah in NZ and how it was first planted at Stonecroft. 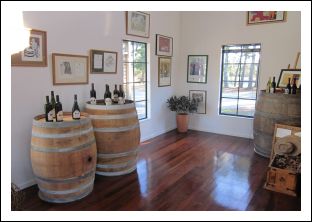 A note from our friends at Stonecroft who last visited March 2012. Let us know if it’s about time you want them back.

Welcome to our new form of newsletter. We understand that some of you have been missing out on our emails which is upsetting for us (but has probably gone unnoticed at your end). Hopefully this new system will work better for everyone…

In case you are one of those who has not been kept up-to-date (and otherwise apologies for duplicating), here are a few highlights from the last couple of months:

If you do have any problems with this email format, please let us know.

May the committee of the Cellar Club Inc take this opportunity to thank you for your support during 2012 and wish you a merry Christmas and all the best for the festive season and 2013.

Please note the start time for the Dinner. We have arranged it so that those who stay in town, or otherwise have things to do, do not have to hang around unnecessarily.

Thanks for all your responses; it seems clear that we have sufficient numbers to have the venue to ourselves. What a great effort.

What a great year in reflection. As ever started with a most enjoyable BBQ at Derek Thompson’s house. February saw the St Clair Family Estate, followed in March by Stonecroft from Hawkes Bay. April was a real treat with the iconic Australian winery Brown Brothers presenting.

An interesting collection of really good, and some more basic, varieties that Brown Brothers enjoy experimenting with. After the AGM in May, June saw a Peter Yealands representative presenting. July was the mid-year dinner at Bistro 107 in Petone, a different sort of night but enjoyable none the less. August gave us the second iconic Australian winery with Luke Skeers from Wynn’s Coonawarra, a top class tasting with some excellent wines.

Our old friend Richard Gooch presented some South African wines in September, interesting to say the least, followed in October by Bannock Brae from Central Otago.

November has lived up to all its expectations with John (Mac) Macpherson from Advintage in Havelock North excelling himself.

Yet another excellent presentation enjoyed by all who attended. It was agreed that this meeting went well although numbers were down. Reaction to some of the wines was mixed with some thinking that the wines were a bit on the young side. The Reserve Syrah 2010 was excellent however.

Members were interested in the discussion relating to organic production and its problems / advantages and those who have a history with the producer were interested to see if there continued to be an impact from the previous owner Dr Alan Limmer. While Alan continues to provide guidance as a consultant, clearly Dermot and Andria, the current owners, have their own views and it will be interesting to see how Stonecroft wines progress in the future.

“Stonecroft was the first winery to be established in the Gimblett Gravels, Hawke’s Bay. We also have the oldest Syrah vines in New Zealand. At Stonecroft, we continue to make a small quantity of wine, using traditional methods. Stonecroft is well known for its Syrah, Zinfandel, Gewürztraminer and Chardonnay wines. Only organic practices are used in the vineyard and Stonecroft is now officially ‘in
conversion’ to organic certification.”

The above paragraph gives an indication of the Stonecroft philosophy. We look forward to yet another interesting presentation and tasting. More detail next month.