In breaking news (well, breaking for you, we’ve had it on hold for a couple of weeks now…), we can tell you that our little old Quarter Acre 2015 Syrah has just taken out the trophy for the Best International Syrah in London at the International Wine Challenge (IWC). Not only that, but it also went and won the trophies for best New Zealand Syrah, Best New Zealand Red and Best Hawke’s Bay Syrah. A magnificent four-trophy-haul, with the Best NZ Red and Best International being a particularly big deal by my way of thinking.

The IWC is as prestigious as it gets, it’s a truly international competition that’s meticulously judged blind by some of the best in the business. Apparently the Quarter Acre was up against 1200 plus other gold medal winning wines across the four categories, and it took out all four trophies. Hard to fathom.

This is the biggest award I’ve ever won and it’s a really big deal for us. But it’s also a big win for New Zealand on a vast international stage, so we’re all pretty stoked, proud, amazed and grateful. One person doesn’t make the wine alone, we all know that, and although it’s my name on the bottle we’ve a small bunch of committed wine people here at RMW who all work their butts off, taking risks, crafting, wrangling, organising and grafting away all towards the same goal of making the best bloody wine we can. As risky as it may seem at the time, these awards are a real-life confirmation that we’re doing something right and this is what people want to see more of…wines that have quality at their core, but have enough personality to shine in a room full of top notch wines.

Thanks to those of you who return to buy our wine time and time (and time!) again. You grease the machine and allow us to continue. Hand on heart, thank you.

That’s all for now. I’m in China at the moment on a New Zealand Wine and Hawke’s Bay Wine trade tour, heading home in a week, but for now I may just have to go and have a couple of impressively large beers to celebrate! 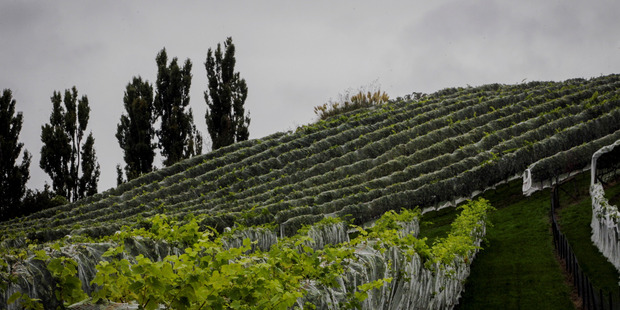 The drought conditions of December through to mid-February had effectively “saved our bacon” in terms of how the grapes across Hawke’s Bay had weathered persistent and potentially damaging bouts of rain over the past six weeks.

However, there was likely to be a drop in overall volumes along with a drop in sugar levels and in individual cases a possible rise in the cost of harvesting, leading winemaker Rod McDonald said.

Bright, warm and dry days had seen the critical early development of grapes go extremely well, Mr McDonald said, adding that effectively created a good base for fruit protection when the rains did arrive.

“There was good early flavour development during the start of the season – they [grapes] may be down on sugars but the flavours are there.”

Location had been a factor in which vineyards saw reduced volumes, he said, although the overall drop was unlikely to be major.

Of the three vineyards which sourced Rod McDonald Wines one would be down on volumes as a result of the rain belts but the other two were actually slightly ahead of their initial estimates.

“It depends where you were to find the effects where rain hit.”

He said coastal areas like Te Awanga came through well.

“We’ve got some amazing chardonnay and perfect ripeness out of there.”

Rain often created extra costs due to stopping and starting of harvesting – “darting back and forth” – as well as the need for selected picking plans.

Mr McDonald said he was at a wine tasting in Auckland about a month ago and was asked what effect rain would have on the grape harvest and how damaging could it be.

He replied that despite Hawke’s Bay’s dry reputation everyone in the industry had a wet weather plan and were always prepared for such an eventuality.

“If you don’t then you’re dreaming.”

Part of his plan was to go with “discretion rather than valour” and carry out an earlier than usual harvest of some Syrah and Merlot so as not to put them through any more rain.

“You have to ask yourself ‘do I pull the pin now and bank it or push on through?”

But he still has some Syrah out, along with Cabernet “and they are in great shape”.

Having a damp end to the season was always a threat and simply “one of those things you have to deal with”.

“We have had a remarkable amount of rainfall over the past six or seven weeks and that is not ideal for grape growing but we have worked around it.”

Mr Mooney said there had been some grape loss.

“There have been one or two blocks we’ve had to leave.”

While volumes would be down it would not be major and he agreed with Mr MacDonald that the hot, dry start for the season had put things on the right path.

“It just hasn’t been ideal in the way it has finished,” he said.

He also agreed that while sugar levels were down flavours would still be very good.

We are fast reaching the end of another year and perhaps it is a time to reflect on what the year has offered.

Following on from the regular BBQ in January we had Wright’s Vineyard and Winery in February, a great start to the tasting year.

We tried something new in May by combining the AGM with a tasting from Wooing Tee in Central Otago, while June saw another Hawkes Bay producer in Moana Park.

July was the mid-year dinner at Cuba Street Bistro, and August was Italian time with Cangrande.

Back to Hawkes Bay in September with Rod McDonald Wines followed in October by Villa Maria.

We followed this with yet another Advintage Festive wines evening leading to the December dinner.

Your committee are pleased with the programme and hope everyone found something to enjoy.

And so to 2015. The programme is coming together very nicely and we hope it will be as successful as this year has been.

We wish everyone all the best for the festive season. 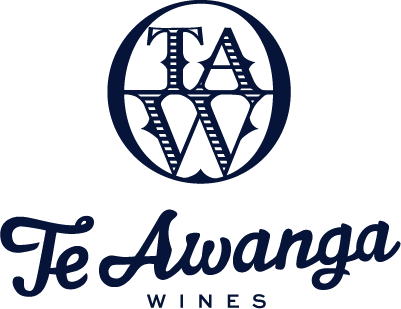 Details: We have secured a future star for this tasting – guess which one?

A bit about Jase

Jase comes from over 15 years in the Wellington Hospitality industry, where he built and managed bars and restaurants, including St Johns Bar and The Occidental.

While living and working in in Wellington Jase gained a passion for wine and achieved the distinction of Master Sommelier level 1.

On moving to Hawkes Bay, with a view to expanding his wine knowledge and a change of lifestyle, Jase contacted Rod McDonald who offered him a job in the prestigious position of cellar rat in the winery.

Jase worked through the fantastic 2013 vintage and continues to lend a hand in the winery when he’s not working in his usual role in sales and marketing for Rod McDonald wines covering the Central and Lower North Island.

Jase started the night with an apology from Rod. Rod was in China with a delegation promoting the virtues of Hawkes Bay’s fine vintners, vigneron’s and négociants. Johnsonville – China; I know what I’d choose too.

After being introduced by our President Anne, Jase launched into the RM Wines philosophy of making wines that promise to deliver great drinking from release right through to giving it time to develop.

Extremely passionate about the RM wines, Jase talked about his own experiences in the winery where he still spends a day a week keeping his hand in the production side. I think this makes for a marketer that knows the wines instinctively, and that instinctiveness comes across.

Jase highlighted just how well respected and in demand Rod is. From winemaker at Vidals where Rod became New Zealand Winemaker of the year in 2006 to making not only his own wines but wines for more than 10 other labels, Rod has developed a cult following.

Jase was right on the money with the wines for the night. The wines selected are a tribute to the winemaker and his team. There was the strong RM distinction of flavour and character in each varietal when you compared it with similar type wines from other winemakers.

Some wines you may not associate right away (Sauv. Blanc and Viognier) but at least you’d know it was better than just a good drop; they were exceptional. Each left you feeling a sample was never going to be enough; hence Jase left enough order forms for each person on your table.

It was hard to pick just one white or red as each wine was distinctive. The highlights for me were the Viognier and Trademark Syrah. The Viognier baked apricot on the nose, rich tropical flavour of pineapple and mango with a long warm spicy finish. The Trademark was simply elegant; reminds me of a lightly spiced plum cake on the nose with a rich mouth feel of dark ripe plums and baked cherry pie with plain yoghurt. The finish was a little tight and sharp so I know I’ll enjoy it in another 10 – 15 years.

Tip: If you can get it, the 2012 Blanket Hills Syrah is the best value Syrah around. Stock up on it before it all goes.

Cheers Jase … and Rod and the team. 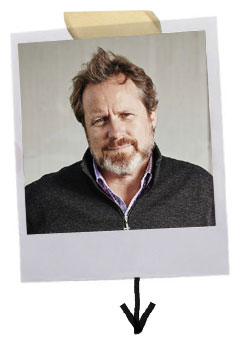 Rod McDonald Wines is a Hawkes Bay producer sourcing grapes from a variety of areas and produce four lines of wine.

The ‘Quarter Acre’ series is a collection of single vineyard wines that represent the ground and place they came from while at the same time tell a story about making wine in Hawke’s Bay.

‘Te Awanga Estate’ is a special piece of dirt. Planted 25 years ago in one of Hawke’s Bay’s oldest wine growing areas. The Estate produces a range of single estate wines that are rich, mouth filling and long-lived.

Finally ‘One Off’ follows the notion of blending and bottling a wine with a healthy disregard for brand families, consumer research and marketing fundamentals. But they only do it once.

Keep an eye out for more on what they are presenting later in August.

2014 – And before you know where you are, it’s February. Your committee would like to wish all members, and others with an association to the Cellar Club, all the best in health and happiness for 2014.

If you thought 2013 was a great year then we are sure you are going to enjoy 2014. We have worked hard to get a cross section of tastings and events to please our members. We are starting the year with Wrights from Gisborne, with the promise of an intriguing evening from a recognised organic producer, who is also dabbling with low and no alcohol wines. Makes for an interesting conversation topic, is it a wine or just a fruit juice. Come along and discuss.

So a full and interesting year in prospect and we trust you will fully enjoy the tastings and activities arranged.