These words were uttered by the French-born English wine merchant and author André Simon in 1964 when tasting Hawke’s Bay winery Te Mata’s 1912 red blend.  More than half a century after it was first made – the same year as the sinking of the Titanic – the red wine was still very much alive, so why has New Zealand not developed a reputation for making age worthy wines?

The New Zealand wine industry is dominated by a grape variety that is typically fermented and put into bottle within months – or even weeks – of being harvested. ‘Picked, pressed and pissed before Christmas’ is the life cycle of Sauvignon Blanc in some winemakers’ view.  Why wait for Christmas when you can drink the wine before Easter?  Moana Park winery has released a Sauvignon Blanc on April 1 and that was no April Fools.  If the previous vintage has been small and stocks are running low, a few blocks might be picked early to produce a wine to bridge the gap between vintages, such as Villa Maria’s Early Release Sauvignon Blanc. 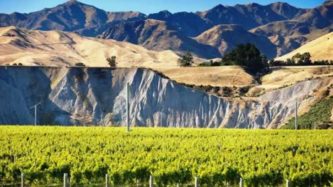 However, there are a growing number of smaller, quality focused producers that are holding back their Sauvignon Blancs before releasing, giving them time on lees and time in bottle.  Having tasted some of Marlborough’s finest Sauvignon Blancs at seven or eight years old, drinkers need not be in such a hurry.  Putting the brakes on wineries releasing wines doesn’t help their cash flow and with grape growers to pay and bank repayments due, accountants can overrule winemakers, putting the onus on drinkers to put the wines in their usually non-existent cellars.

It is partly a matter of wine culture: New Zealand does not have a long-standing tradition of making and drinking wine.  Having rejected Prohibition in 1919, the country continued to operate under a cloud of abstemiousness, promoted by restrictive licensing laws.  Until 1961, New Zealanders couldn’t enjoy a glass of wine with a meal in a restaurant.  The 1960s brought licensing change with more and more restaurant licences granted, a rise in the number of wine shops while a rise in tax on beer and spirits in the 1958 ‘Black Budget’ gave wine an encouraging bump.

The 1950s witnessed the birth of aspirational winemakers and pioneers seeking to move away from fortified wine and hybrids to quality table wine made from vitis vinifera, which gained increasing momentum, culminating in legislation outlawing a sugar and water culture and a state-sponsored vine pull in the 1980s.  In the 1970s, regular wine columns had appeared in several newspapers, catering for an educated population who had done their ‘OE’ (overseas experience), travelling around Europe, experiencing wine and food culture.  From just 174ml of wine per capita in the early 1960s, wine consumption increased to 5.3 litres by the end of the 1970s.  In 2016, the figure stood at 20.2 litres but has remained stagnant for a decade.  (Come on team, get drinking, we have to lift this again – Ed) 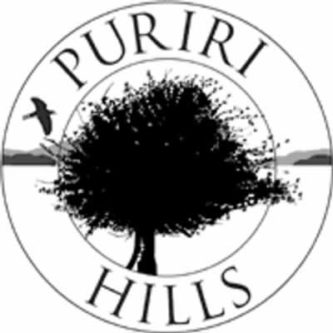 Red wines in New Zealand, like whites, are all too often released early and consumed early, meaning there are few older vintages available to purchase and enjoy.  There are relatively few wine collectors and fine dining restaurants with cellars and mature stocks of New Zealand wine and thus some wineries are starting to take responsibility for ageing their wines until they approach their drinking window.  Judy Fowler, owner of Puriri Hills Vineyard in Clevedon, Auckland, which specialises in Bordeaux blends, has a Brunello di Montalcino approach to releasing her reds.  “My late release policy is based on the fact that we attempt to produce Bordeaux-blended wines made in the longstanding traditions of Bordeaux.  The great Bordeaux generally benefit from ageing five to 10 years or longer. Our wines are built to age well. However, we are a small, newer vineyard [established 1998] with perhaps another 300 years to earn the reputation for quality that the grands crus of Bordeaux have.  As such, we do not expect our customers all to want to wait for five or more years to taste our wines at their best, so we do the ageing here at the vineyard before release.”   While Fowler is not alone, most wineries don’t apply the release-when-ready-to-drink policy across the entire range, as it can leave suppliers wine-less and raise the prospect of delisting.

It is difficult to judge the ageability of New Zealand wines with so little precedent. In the past decade, young vines have matured, viticulture has evolved, winemaking has become more refined: a Pinot Noir produced 10 years ago from young vines by winemakers that were still getting to know their site will be quite different today than a current vintage opened in a decade’s time. When asked to provide drinking windows for a recent Central Otago Pinot Noir or Hawke’s Bay Cabernet Sauvignon, it is a case of pinning the tail on the donkey.

However, there’s no doubting the country’s best wines have the components to age gracefully: intensity of fruit, richness of ripe tannins, acidity (and pH), alcohol and magic all play their part in the development of a red wine. In whites, high levels of acidity and flavour precursors elongate their shelf life.

There’s also a small matter of the closure: screwcaps are omnipotent in New Zealand. Although a small but significant number of producers continue to seal their top Bordeaux blends under cork (while putting the rest of their range under screwcap), it is likely that the wines will age more slowly, because of the lower rate of oxygen ingress compared with a natural cork.

What is clear, is that far too many New Zealand wines are being consumed before they are out of nappies. It’s time to let them grow up.

We are fast reaching the end of another year and perhaps it is a time to reflect on what the year has offered.

Following on from the regular BBQ in January we had Wright’s Vineyard and Winery in February, a great start to the tasting year.

We tried something new in May by combining the AGM with a tasting from Wooing Tee in Central Otago, while June saw another Hawkes Bay producer in Moana Park.

July was the mid-year dinner at Cuba Street Bistro, and August was Italian time with Cangrande.

Back to Hawkes Bay in September with Rod McDonald Wines followed in October by Villa Maria.

We followed this with yet another Advintage Festive wines evening leading to the December dinner.

Your committee are pleased with the programme and hope everyone found something to enjoy.

And so to 2015. The programme is coming together very nicely and we hope it will be as successful as this year has been.

We wish everyone all the best for the festive season. 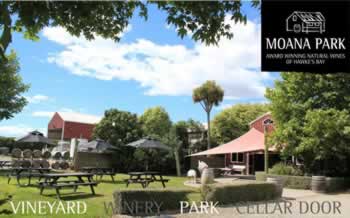 Details: Moana Park produces three unique sets of wines – the Estate Series, Single Vineyard Reserve Series and the Harmony Series. All the tiers are clearly distinct from one another, and reflect the unique characters of the micro climates and vineyards they originate from. Each is aimed at a specific sector of the wine drinking market.

Dan is a passionate winemaker with experience from some of the top performing wineries in Hawke’s Bay, and has been involved in the New Zealand wine industry from both a sales and a manufacturing aspect for
18 years. Dan graduated from EIT Hawke’s Bay with a degree in Wine Science in 2003. While being runner up for Young Winemaker of the Year in 2002, he was successful and won the title in 2003. Not long after that, Dan started crafting wines for boutique producer Moana Park Winery, set in a picturesque Puketapu valley in the western hills.

When Dan and wife Kaylea later bought the winery in 2008, in the middle of a recession and in the same year they were getting married, everyone thought they were mad. Six years later and the winery has expanded exponentially and won numerous international awards, while still remaining hands-on and keenly focused on producing top quality wines underpinned by Dan’s natural, low allergen winemaking philosophy.

Wines on show this evening include:

I’ve tasted at Moana Park, well worth the effort.

For anyone who is going, Moana Park will be present at the Food Show at the Stadium this weekend. A chance for a pre-taste perhaps.

They value the soil in which the vines flourish and strive to preserve the environment in and around the vineyards, minimising environmental impacts wherever possible. This comes via a range of initiatives including Sustainable Winegrowing. The winery is energy consumption conscious with the aim to reduce carbon usage and CO2 emissions whilst maintaining the highest standard of premium wine production.

Moana Park produces three unique sets of wines – the Estate Series, Single Vineyard Reserve Series and the Harmony Series. All the tiers are clearly distinct from one another, and reflect the unique characters of the micro climates and vineyards they originate from. Each is aimed at a specific sector of the wine drinking market. More information in the next newsletter.

2014 – And before you know where you are, it’s February. Your committee would like to wish all members, and others with an association to the Cellar Club, all the best in health and happiness for 2014.

If you thought 2013 was a great year then we are sure you are going to enjoy 2014. We have worked hard to get a cross section of tastings and events to please our members. We are starting the year with Wrights from Gisborne, with the promise of an intriguing evening from a recognised organic producer, who is also dabbling with low and no alcohol wines. Makes for an interesting conversation topic, is it a wine or just a fruit juice. Come along and discuss.

So a full and interesting year in prospect and we trust you will fully enjoy the tastings and activities arranged.