Well, December already team. It has been a strange year with a few downs to go along with the ups for some of us on a personal level. 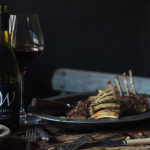 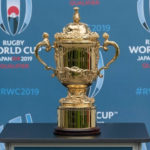 That is not to say that it has been a bad year for our Cellar Club, quite the contrary in fact. Let’s review our year. By a long-established tradition, we began with our summer BBQ at the end of January. The usual excellent occasion and we continue to appreciate that Derek makes his premises available. February saw us heading to Askerne Estate in Hawkes Bay. The Hawkes Bay wineries never let you down. March was with the very well established Villa Maria presenting. While the winery originated in Auckland, the company has expanded over the years and produces wines from most of the major regions in New Zealand.

April saw something of a coup for the club with Joelle Thomson presenting. Joelle is a well-recognised personality in the New Zealand wine world as an author, wine writer and tutor. Another great tasting. May is the inevitable AGM then in June Simon Bell from Colab Wine Merchants took us on a tour of Europe. Simon brought along some large wine glasses and some time was spent on discussing the virtues and differences that wine glasses can make to your wine experience. On to July for the mid-year dinner at the Trade Kitchen.

Off to Nelson for the August tasting with Waimea Estate. Over the years Waimea has gathered 150+ Gold Medals and 26 Trophies across nine different wine styles. Nelson producers are right up there as a wine region. Cenna Lloyd for Negociants presented in September. She presented wines from two wineries, Misha’s Vineyard and Two Paddocks, both from Central Otago. Much enjoyed by those who attended and really great orders from a smaller group attending.

In October we celebrated the Rugby World Cup with a selection of wines from countries competing in the Cup. Keith Tibble was the presenter. November saw the very early return of Cenna Lloyd for the South American wine and food match evening outlined below. Cenna had been to South American after presenting in September and was keen to share her experience.

It only remains to anticipate yet another December Dinner. We have been to Cashmere Lounge before and we are sure you will not be disappointed.

Best wishes for the festive season.

By now you will studied the menu and indicated to Wayne with regard to your dinner choices.  There really isn’t much more to say.  Looks like a great turnout and we are looking forward to the event.  Unfortunately, or from our point of view perhaps, fortunately, we have the maximum number committing to attend and we are unable to accept any last minute requests to attend if people’s circumstances have changed.  For those who are coming can we please ask you not to arrive before seven.  Your committee will generally be arriving from work and will have some arrangements to sort.  We would appreciate a bit of time to get things set up and members could help us by turning up from 7 pm, not earlier.

Wine for the December Xmas Dinner 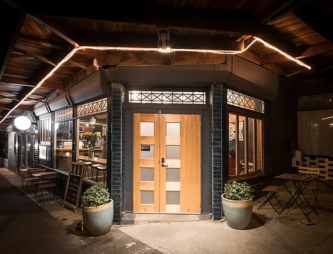 2017 has been good for the club with great support from our presenters regarding the costs of their presentations etc. So for the December Dinner, we have decided to return the favour by purchasing some bubbles that are a little more expensive than normal. The wine we have chosen for you to enjoy won Gold at this year’s Air NZ wine awards and then went on to receive the Trophy for the best Sparkling White on show. So when you arrive at the dinner venue, you will receive a glass of chilled Aotea, a non-vintage Methode Traditionnelle sparkling wine from the Seifried family in Nelson,

There is an interesting backstory to this wine and we have included a quote from Anna Seifried.  Anna is understandably stoked with this win.  Enjoy the evening and the wine treat.

You have to head to the suburbs to try one of Wellingtons best new restaurant/wine bars. Set in an 85 year old brick building, Cashmere Lounge has done a wonderful job of capturing the character and enhancing the aesthetics of the original structure.

A delicious menu and excellent service provide a wonderful and relaxed dining experience. The menu focuses on locally sourced produce with European and Kiwi flavours, expertly crafted by Head Chef, Vincent Good. We are working on the final details of an exciting menu and dining experience for members. Put 13 December into your scheduler now. 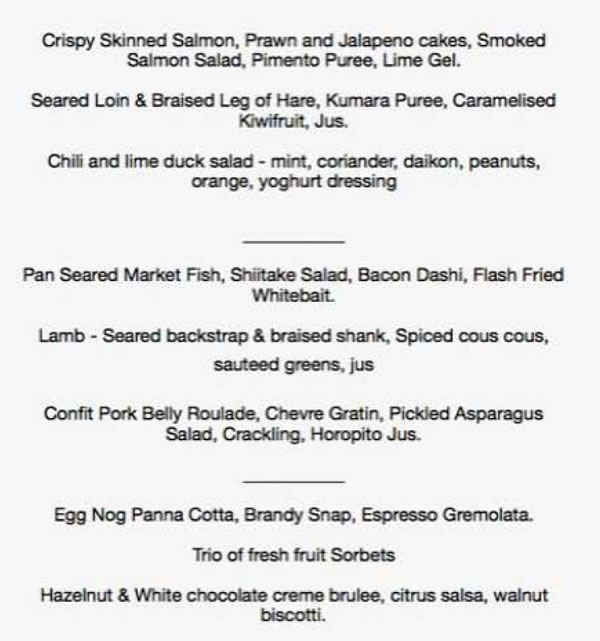 Good grief, where is the year going? Much to look forward to however with Stonecroft next week and the November Festive tasting which will have Spanish wines as a theme. The December dinner venue is sorted and we will be going to the Cashmere Lounge in Khandallah. It is only yards away from the Khandallah train station if anyone is travelling from town.

Now much has been written and said about the benefits, or lack thereof, in a regular glass of wine. While waiting for Winston to make up his mind you might need two a night. At long last however Wayne has found an oracle who deserves some attention. He reckons that a bottle a day does you no harm and indeed is probably good for you. Unsurprisingly not all the experts agree.