As the UK summer approaches, the pink blush of rosé will become an increasingly prevalent sight in pubs, pavement cafes and on picnic blankets.

Rosé may have become hugely popular in recent years but in Italy, winemakers say that when it comes to social media, the eminently quaffable drop is woefully under-represented.

Winemakers say that when it comes to social media, rosé is woefully under-represented.

They are lobbying for a new emoji to put to an end the shameful “marginalisation” of rosé, pointing out that currently the symbols available on smartphones to denote wine are limited to a glass of red, two clinking Champagne flutes and a bottle of fizz; not a drop of the pink stuff in sight.

The Consortium for the Protection of Chiaretto di Bardolino, a popular rosé, has presented its case to the Unicode Consortium, the US-based non-profit organisation that oversees the process of choosing and creating emojis. 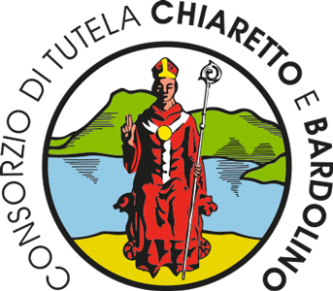 The Italians argue that the absence of a symbol representing a glass of rosé is discriminatory to their fragrant plonk.

“If you write to a friend about having a glass of wine on Whatsapp, Instagram or Facebook, you get representations of a glass of red, two flutes of Champagne or a bottle of spumante, but a rosé wine symbol is totally missing,” said Franco Cristoforetti, the president of the consortium.

“This is a legacy of the marginalisation that the world of rosé has suffered for decades and which it continues to have to deal with, notwithstanding the phenomenal global growth in sales of recent years.”

In the United States in particular there has been “astronomical” growth, he said, with 10 million bottles sold annually.

Rosé producers have teamed up with a graphic design agency in the northern city of Verona to come up with what they called the “pink wine” emoji – two glasses of rosé being chinked together in a toast.

They also plan to launch a petition in June, gathering signatures in support of the appeal.

Based in California’s Silicon Valley, the Unicode Consortium is the body that decides which new emojis should be adopted.

Individuals and companies can suggest new emojis to the organisation, where a panel of experts considers them.

“Anyone can propose an emoji character, but they have to make a solid case for it,” Mark Davis, the president and co-founder of the Unicode Consortium, told the Los Angeles Times.

“It’s more than just saying, ‘Well, I think there should be a drunken chipmunk emoji.’

“You have to give us some good reasons that would establish why it would be a successful and valuable addition.”

The consortium considers whether a proposal might “flesh out” an existing set of emojis, meaning that the addition of the rosé symbol to the canon of booze-related pictograms may be in with a chance.