“One of the most prestigious tastings in the 40 years of the club’s existence”. That’s what the Independent Herald wrote in their 17th September issue when reviewing last month’s tasting. And what a night it was. For those of you fortunate enough to attend our second (and last?) meeting under COVID Level 2, I am sure you will agree it was impressive. 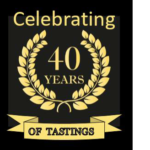 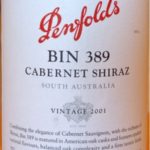 Presented by Life Member and former President, Alan Evans, this carefully curated (by Alan and Wayne) selection was sourced from Alan’s temperature-controlled cellar and the Club’s cellar. This is what they came up with:

It is difficult to pick favourites as all the wines were superb. However, there was some consensus at our table, so I will highlight a couple. Of the whites, the Ogier Cotes du Rhone Blanc was our pick. This bargain-priced (under $20) blend contains five grapes: Grenache Blanc, Clairette, Bouroulene, Roussane and Viognier. Produced without any oak at all, it showcases the region’s fruit above all else. Alan has become an expert in that region since, as he explained, at the Magnum Society the popular areas of France, i.e. Bordeaux and Burgundy, had already been taken. No one wanted Cotes du Rhone, so he took it!

Of the reds, it was the two Penfolds 389’s, their classic and much sought after Cabernet Shiraz wine, that was favoured at our table. Opinion differed as to which was the best but to me, it was 2001. Deep colour and very concentrated, it showed the benefits of keeping this wine for almost two decades. Alan explained that Bin 389 is often referred to as ‘Poor Man’s Grange’ or ‘Baby Grange’ because the wine is said to be matured in the same barrels that held the previous vintage of Grange. Interestingly 2001 was under cork while 2011 had a screw cap. Alan gave us the latest thinking on screw caps where there have been some disappointing results for cellared wines: the sulfur dioxide levels can be too high and produce rotten egg aromas. Some producers are returning to cork now that they can get guaranteed taint-free products like the Diam. The majority of Penfolds’ top-end red wines are now 100 per cent cork-sealed. They are also looking into the use of glass closures. Alan’s tip on removing that sulphur rotten egg smell: dip a copper penny into the wine and it will convert it to odourless copper sulphide!

This meeting was a highlight of our 40th Anniversary year and was a good opportunity to taste older cellared wines. A huge thanks go to Alan who indicated he is happy to do a similar tasting at some stage in the future.