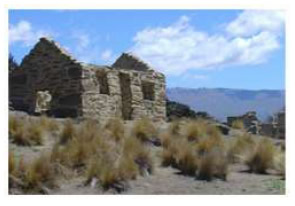 The first winemaker attracted to Central Otago was John Desiré Feraud who came to the area during the Dunstan gold rush of 1862, and after investing in a claim became rich overnight. Feraud, who was from a French winemaking family, recognised the potential for grape growing, and leased 40 hectares in Clyde where he planted the first wine grapes in 1864.

Over the next 20 years, he made a variety of wines even winning a prize for his Burgundy-style wine in Sydney in 1881. His farm, named Monte Christo Gardens, was an extensive garden of fruit trees, vegetables and 1200 vines, along with a winery which still stands today.

During this period, viticulturalist Romeo Bragato also visited Central Otago and declared the area as one of great potential for grape growing. However Feraud and Bragato’s enthusiasm for grape-growing did not spread to others and when Feraud left the region, commercial winemaking ceased. Over the next hundred years, no one tried to grow grapes again and the focus for Central Otago was on sheep farming and fruit production.

It wasn’t until the late 1970s/early 1980s that grapes were once again planted with the first commercial wines being produced again in 1987. So it’s been a little over 20 years since the riches of the land have been rediscovered.