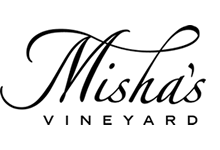 For the 19 members and 1 guest that attended, this was a great tasting as evidenced by the fact that 101 bottles were ordered, such was the quality and pricing.

The low turnout was a disappointment but upon reflection, there were 3 couples overseas and another 4 people that contacted us beforehand and apologised because of sickness. These were 10 people that almost always attend and that, coupled with other regulars I have since heard were either out of town or sick, probably explains the low turn out. It can happen sometimes.

Cenna began her tasting presentation explaining the locations of Two Paddocks and Misha vineyards and as luck would have it, the wines presented covered the 4 main Central Otago sub-regions of Alexandra, Bannockburn, Gibbston Valley and Bendigo, Not covered was the area around Pisa Moorings or Wanaka.

She went onto explain that the reason for tasting the 2 Pinot Noirs first was so that any residual sweetness in our mouth from the whites would not destroy the delicacy of the 2017 Misha ‘Cantata’ Pinot Noir. All 3 red wines were excellent reflections of their styles but I especially enjoyed the savoury notes each had as compared to the dominate cherry flavours that tend to be more evident in other Central Otago Pinot Noirs.

The surprising wine of the night was Misha’s 2015 ‘Limelight’ Riesling. 4 years on, it still had a bright fresh citrusy flavour, This was a medium style Riesling with 34 grams/litre of residual sugar and I especially liked its delightful lingering finish. It’s hardly surprising to find later that wine writers have given this wine 5 stars. And to the surprise of everyone present, Jenny joyfully announced that she had finally found a white that she liked.

Misha’s 2019 ‘Dress Circle’ Pinot Gris was another of their whites to find great support from members. It had flavours of pear, citrus and spice, This is a very pleasing aromatic wine that will go well with Asian cuisine, which is hardly surprising, given that the owners worked in Asia for 16 years and set out to develop wines that would suit Asian as well as Western foods.

Of the two wineries, my personal favourite was Misha Vineyards with their theatrical named wines. So it was only fitting that the finale for the night was their 2018 ‘The Cadenza’ Late Harvest Gewurztraminer. This medium-sweet wine had aromas of apricot making it an
excellent match with fruit-driven desserts or with soft cheeses. As I said earlier, a great tasting.