Industry body New Zealand Winegrowers has teamed up with podcast creator Lawrence Francis of Interpreting Wine in order to provide in-depth coverage of its annual tasting. 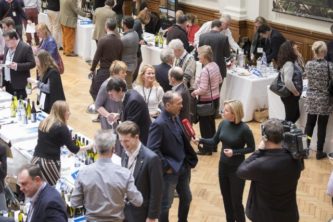 The podcast series will take the form of seven episodes, featuring interviews with four winemakers and three regional masterclasses.

The first episode will be unveiled today (18 February) with all seven due to be released by 24 February.

The podcasts are available free of charge on major platforms including Spotify and iTunes. They will also be made available on the New Zealand Winegrowers website at a later date.

Europe marketing manager at New Zealand Winegrowers, Chris Stroud, commented: “We were delighted when Lawrence approached us to cover our annual tasting on his podcast. This series allows people who were not able to attend our tasting the opportunity to hear directly from the winemakers and learn from the regional masterclasses. We hope it brings a flavour of New Zealand to them.”

Lawrence Francis, content director at Interpreting Wine added: “Podcasting is a versatile and effective tool for wine communication. I know farmers who listen to the show on their tractors and others who play it while driving or working off their wine calories in the gym. In September 2018 Ofcom found that half of UK podcast listeners are under 35 so I think it’s an excellent way to connect with young wine drinkers.”

New Zealand Winegrowers’ annual London tasting took place on 16 January this year. You can listen to the podcast series here.